The Storykeeper Of Frankfort KY

Frankfort Kentucky is one of the smallest capital cities in America. It was born in the fertile Bluegrass region of the state, an area that’s rich in the bourbon and horse farm cultures. It’s surrounded by lush green hills and rests on the Kentucky River which weaves through the community in lazy serpentine fashion. Settled while Kentucky was still part of Virginia, today the little city enjoys a vibrant and colorful existence with yoga studios, coffee shops, artists, musicians, festivals, concerts, bicyclists, farmers markets, and a whole array of other wonderful things. I know this to be true because I had the good fortune to spend the summer of 2014 there in order to conduct research for the book I’m writing about my second great-grandfather, James G. Crutcher.

What impressed me most about the community is that its colonial, antebellum, and Civil War history are all still honored, known, and valued by the residents, with many homes and buildings dating as far back as early settlement still standing in excellent condition on the streets. This is largely due in part to a gentleman named Russ Hatter, who works in the research department at the Capital City Museum. My conversations with the locals often ended with the words, “You know who you should talk to? Russ Hatter.” And how right they were! At the insistence of another locally famous gentleman, author, poet laureate, and co-owner of Poor Richard’s Bookstore, Richard Taylor, I finally managed to catch Mr. Hatter at a time when he was in his office.

Inside the Capital City Museum

I found him on the second floor in a room that was dominated by books. Books scaled the walls from floor to ceiling, books towered precariously on his desk, and books spilled over onto the table in the next room, all of them pertaining to the history of the people, places, and events of Frankfort. When I explained that I was writing a novel based on my own family in the community, Mr. Hatter brought out numerous documents, files, clippings, maps and books related to not only my branch of the Crutchers in Frankfort, but other local Crutcher families they were connected to. However, much of the information he shared with me was contained in his head. Russ Hatter is a living encyclopedia of historical Frankfort knowledge.

Born and raised in Cincinnati, he was a radio announcer, moving to Frankfort in 1965 to work for the local station. He often shared his knowledge of local history on his radio show. He left that industry in 2001 and further embraced his love of the past, becoming involved as assistant curator of Historic Sites with curator Nicky Hughes on the two forts located on Fort Hill where a skirmish was fought during the Civil War.  Mr. Hatter was involved in researching and preserving artifacts there.  Later, when a building on Ann Street was donated to the city, he and Nicky Hughes developed what would become the new Capital City Museum at that location.

In a recent conversation, Mr. Hatter told me about how Frankfort was founded by General James Wilkinson who envisioned the location as a strong trade center by way of the Kentucky River, shipping goods to New Orleans and other locations. By 1786, the city was already built up and in 1792, Kentucky was no longer Virginia territory; it had become a state in its own right.

Mr. Hatter then said that in 1798, a penitentiary was built two blocks from an area that eventually became Crawfish Bottom (or Craw), a neighborhood that attracted the family members and other loved ones of the prisoners. After the Civil War, former slaves and their families moved into the community as well. Unfortunately, many whites in the area were afraid that they would lose jobs to the black population so the Ku Klux Klan moved in to make them feel unwelcome. By the 1870’s the federal government built some barracks on Shelby Street and brought in troops to protect the black community. Fortunately, they were successful in quelling the conflict. According to Mr. Hatter, General George Armstrong Custer was one of the soldiers who served in this capacity as well in nearby Elizabethtown, KY. (Hey– at least he did something right!)

Although, Craw was heavily integrated with many good black and white citizens, it was very poor and also suffered from crime, prostitution, and later, bootleg whiskey. Once it was Frankfort’s slum, but between 1958 and 1984, it was systematically demolished, displacing the neighborhood’s residents for urban renewal. The area that in the past was known for swamps and flooding, is now home to the Capital Plaza Hotel, state and federal buildings, and a new YMCA.

Like Frankfort, Russ Hatter has one foot in the past and one in the present. The city is tremendously lucky to have him to not only preserve and protect its history, but keep it in the present and very alive for visitors and residents alike. I’m so happy that I’ve not only had the opportunity to meet him, but to have ongoing conversations with him. Mr. Hatter is a real treasure in the community.  He maintains the color and texture of our culture– he’s a Storykeeper.

Russ Hatter’s Bio:
After 40 years as a radio announcer (37 years in Frankfort), Russell Hatter quit the radio business November 2001 to begin a new career as Assistant Curator of Historic Sites for the Parks and Recreation Department in Frankfort, Kentucky, retiring December 31, 2013. Hatter now works part-time at the museum in the research department on Wednesday, Thursday, and Friday.

Born in Cincinnati and educated at Kentucky Christian College in Grayson and Kentucky State University in Frankfort, Hatter combined his love for theatre and history in creating the Downtown Frankfort Walking Tours. He has been involved with Frankfort Heritage Press in publishing several Frankfort historical books: A Walking Tour of Historic Frankfort with photos by Gene Burch; Volumes I & II of Historic Images of Frankfort; Frankfort Cemetery – The Westminster Abbey of Kentucky; a reprint of Ebenezer Hiram Stedman’s letters in Bluegrass Craftsman; and Historic Frankfort – Yesterday & Today and their latest book on Frankfort during the Civil War, Embattled Capital. The historical account of Frankfort during the Civil War was the #5 best-seller at the 2014 Kentucky Book Fair.

Besides 40 years in radio, Hatter has had local television experience, written a local bi-weekly history column in the Frankfort State Journal for several years, directed and acted in numerous local theatre productions, and appeared in the film The Dangers of Dreaming, written, directed and produced by former Frankfort City Commissioner Sellus Wilder. He has narrated historical short films, documentaries, and acted in television commercials. 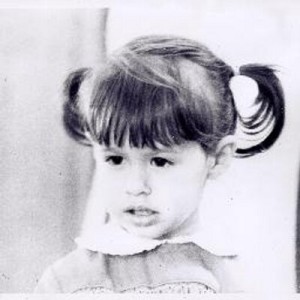